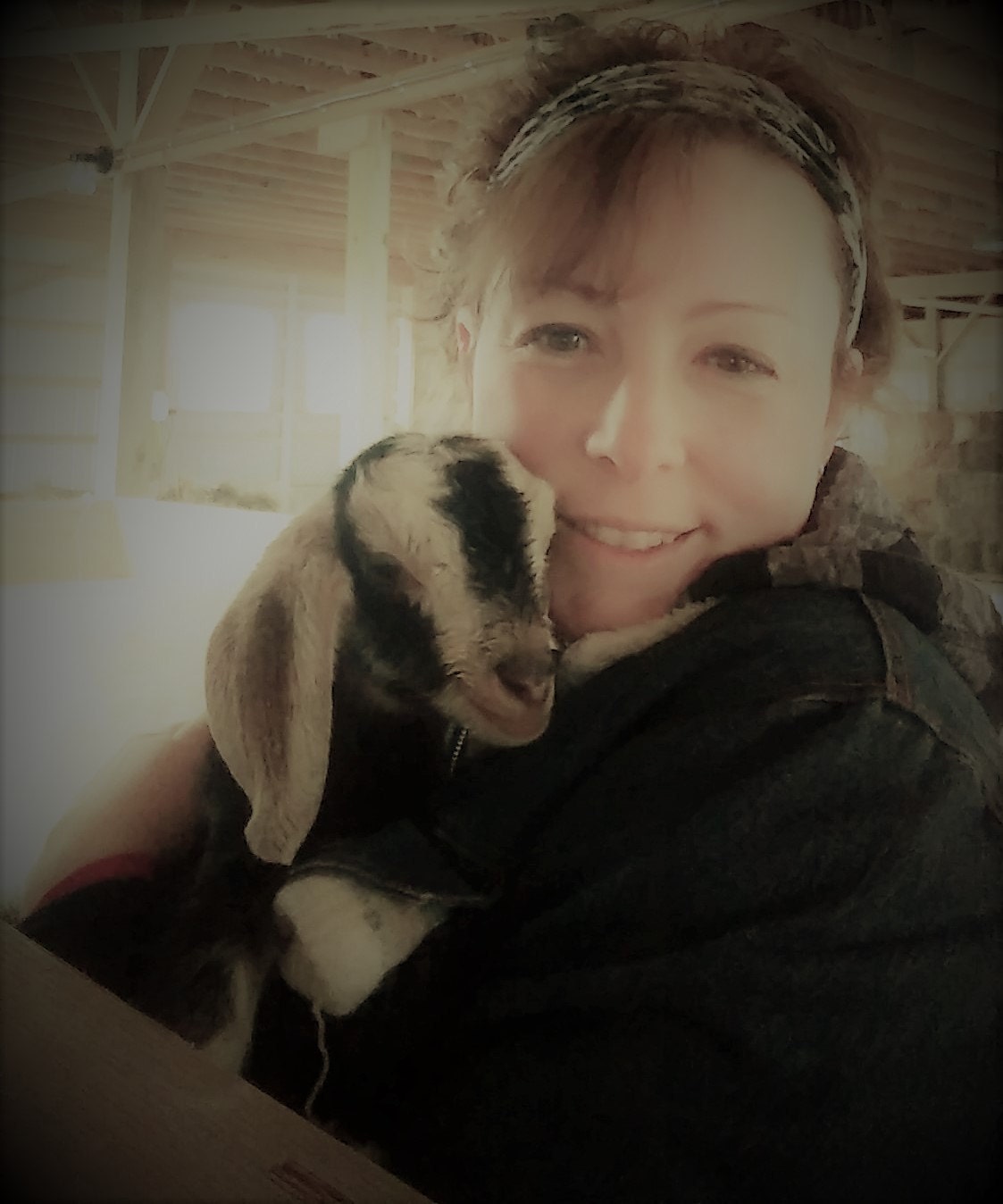 Life has been quite the journey for our family and we are not finished yet!

So much has happened since our journey from the "city" to the "country".

Together we have faced: renovating an old farm house, life threatening illness, sudden trauma by fire, our own grief as well as our 6 children's grief (each one grieved differently and this has been a LONG process), financial trouble, serious water issues (which added to the financial issues), having to put our dog of 16 years down (same year as the fire), our older children dating (enough said here...wink-wink), my sweet mother in law being diagnosed with Alzheimer's Disease, my in laws moving in with us for 4 month's while we transitioned my mother-in-law into a facility...at the same time a daughter graduating...and our oldest two getting married (We LOVE our new daughter and son in law!) ...parties/weddings...the list goes on.

Believe it or not...I left out many other things that filtered in and out of all of the above trials.  I am by no means complaining...life is hard and we have certainly had our share.  Throughout it all we have been greatly blessed! 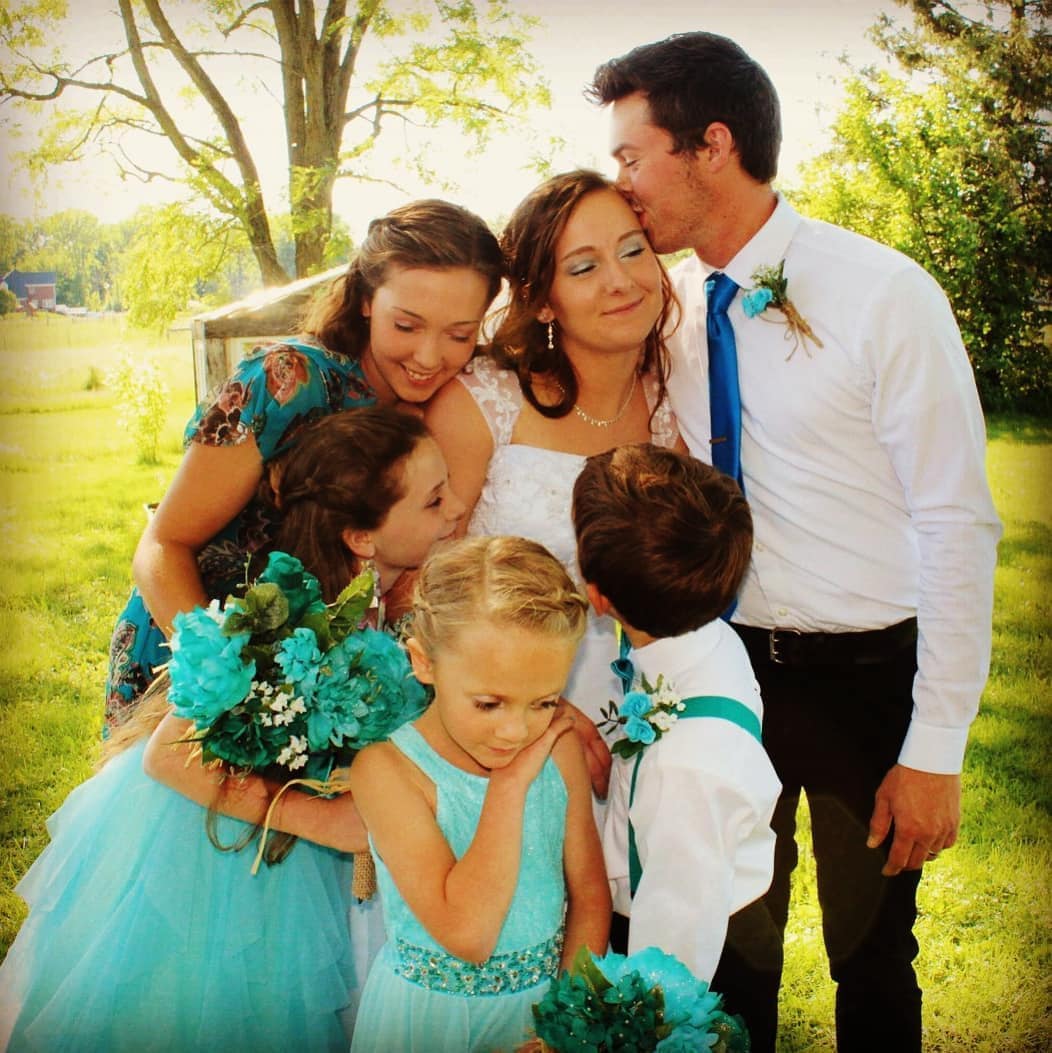 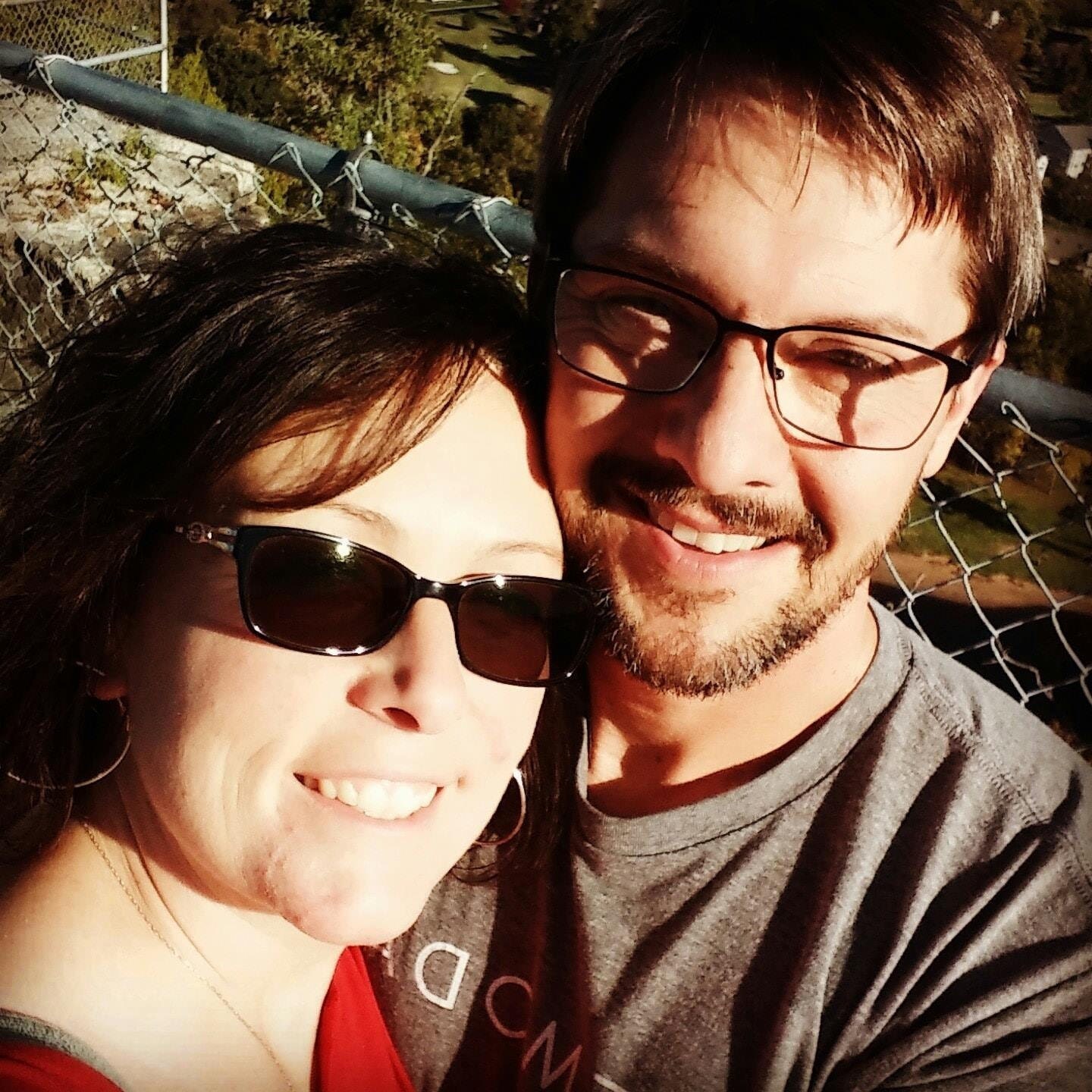 We have had so many people rally around us and offer us great encouragement! These trials have helped us to understand people a bit better...people who are suffering.  We pray that we may be an encouragement to others, through our choices and our words. 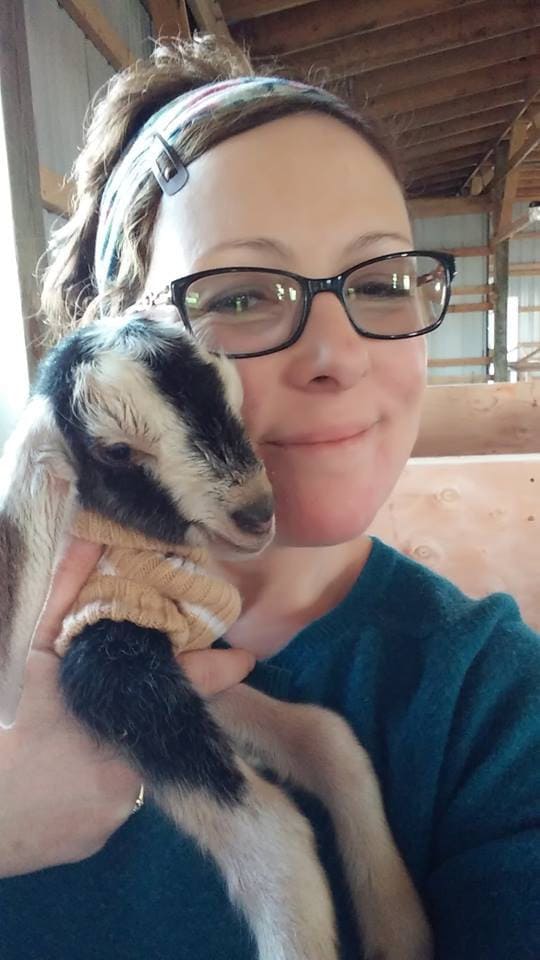 It was kind of crazy when the does decided to give birth...we don't seem to do anything singular lately. My husband and I had just returned from Indiana with my inlaws and he took his mom out to see the goats in the barn. Next thing I knew someone is running into the house to tell me one of our does gave birth!  Now...she was just checked on earlier and there was no apparent sign...so there I am running around grabbing my supplies and racing to the barn.  When I walk in...there is Aaron, husband, holding two cold and wet babies wrapped inside of his coat! My poor inlaws didn't know what to do (remember, my MIL has Alzheimers), so I just asked them to stand still while I worked to administer herbs to the babies and warm them up. My inlaws decided to go in the house...probably a good thing...had to race around quickly to help the kids. Thankfully, my nephew Josh had stayed over (my older children were at work, or they would have assisted) and he was a great assistant along with my hubby! 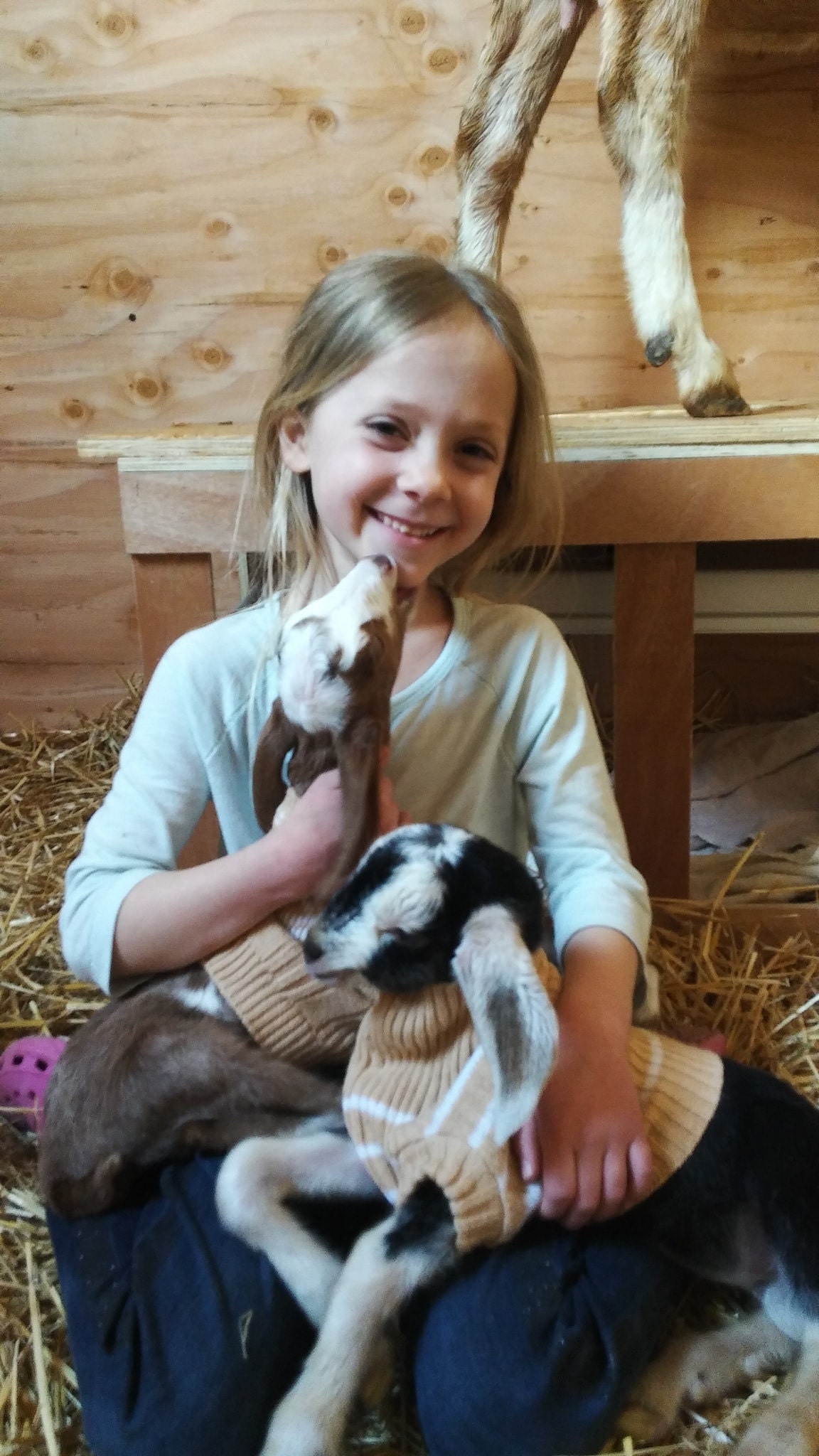 The babies were warmed up, sweatered, herbs administered and given lots of lovin'!!! After the lovin' we placed them underneath their Sweeter Heaters.  These heaters are a GREAT alternative to heat lamps...which I will never use...too dangerous. You can see the heater in the background underneath the wooden box my husband made.

Not only had it been two years since holding goat kids...it also had been that long since I had milked a goat.  This was our does first time freshening (in milk) so after several treats and going slow with them...success!  We have fresh milk once again! (Which also means that I could start making my Goat Milk Soap!) 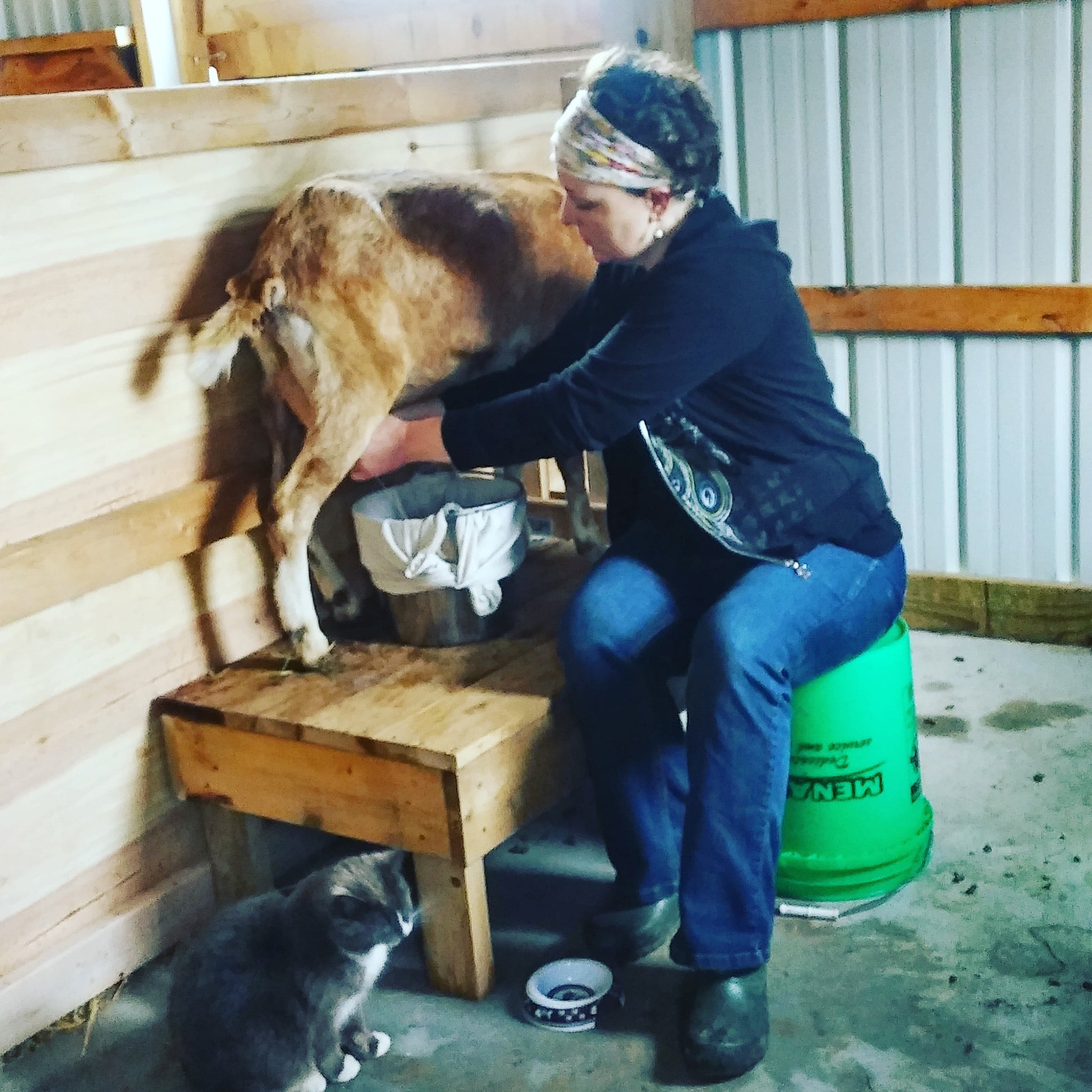 Our doe, Mocha (pictured above) was the first to give birth. A few days later, Latte gave birth....and of course I had just left with my husband and inlaws to go into town for my mother in law's perm...shortly after her apointment started...my husband comes rushing in to tell me he needed to take me home because Latte had now given birth to twins! Oh boy! Our older daughters were home and were doing their best to warm them up. Aaron rushed me home and I saw right away that one of the twins received the lion share of nutrition in the womb and the other one was just a bag of bones...but still alive. Working with warm blankets, a hair dryer and herbs from Fir Meadows, the little guy was still struggling! I milked his mama and had to tube feed him her colostrum. He was so weak that he could not suck on a bottle at all, and was not improving in the barn so I decided it was time to bring him in the house. 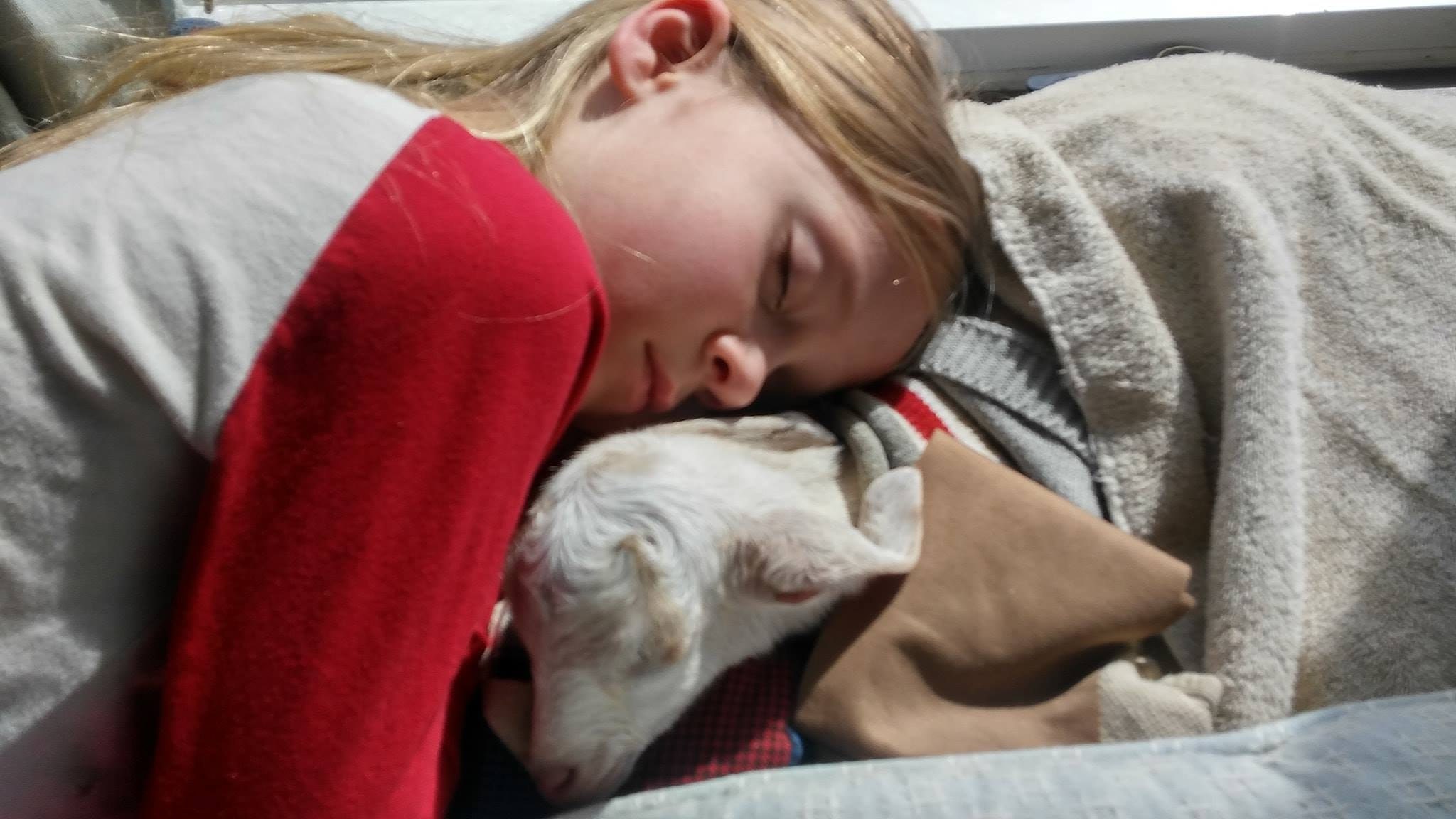 My husband plugged in a heating pad and my younger son said, "Mom, the warmest spot in the house is in the bay window in the kitchen!" So that is where the little guy went! My oldest daughter said that he needed a great name...so she named him Ferdinand! 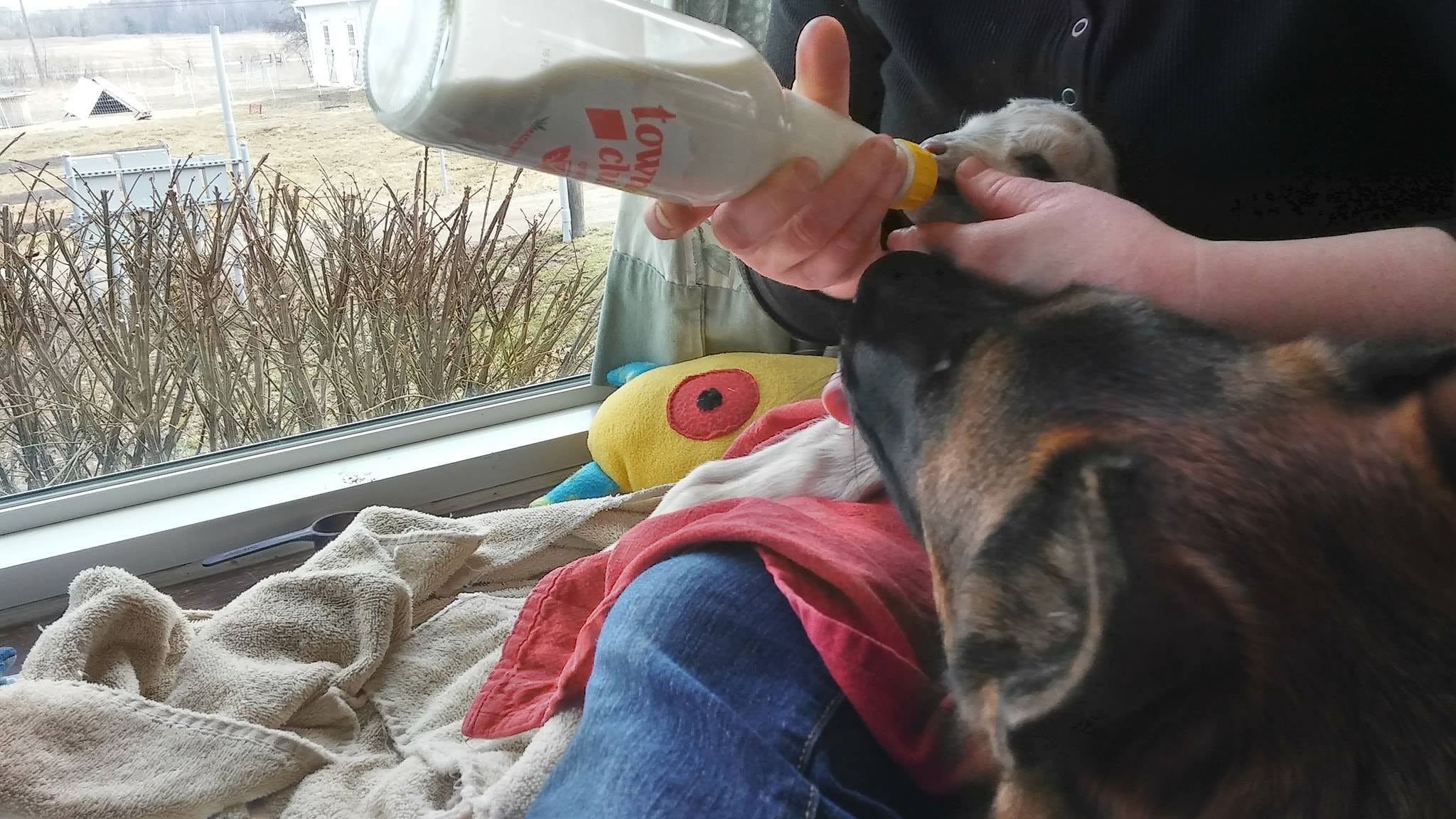 Our shepherd, Kita, had to be right there to check on little Ferdinand! Every time he made a peep or was being fed...there she was. In the above photo is of him strong enough to finally suck on a bottle. He lived in a tub on our bay window for the next two weeks or so. Finally he was strong enough to stand up!

What a HAPPY DAY! 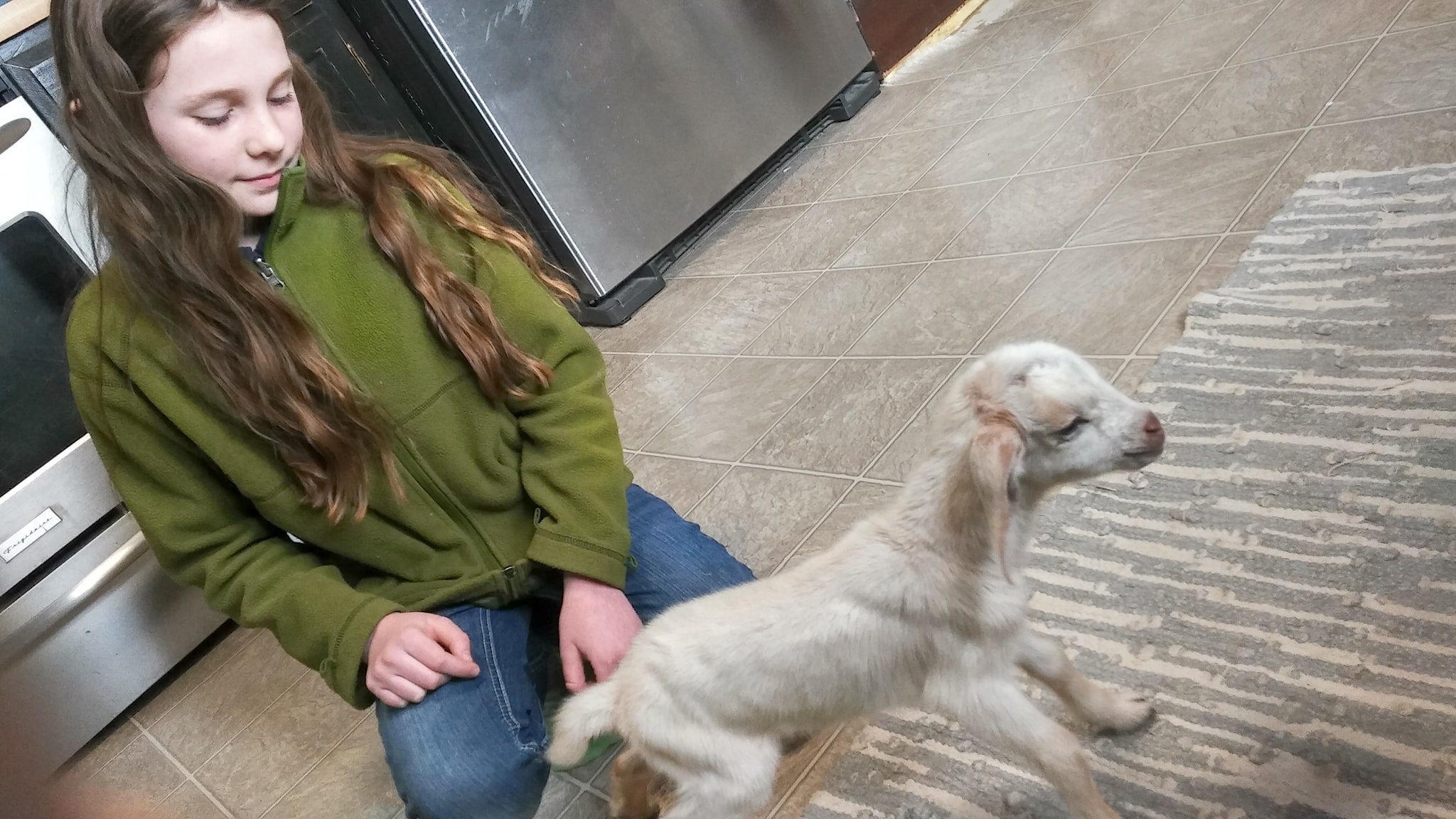 Daily bottle feedings continued for Ferdinand as well as the other kids out in the barn. 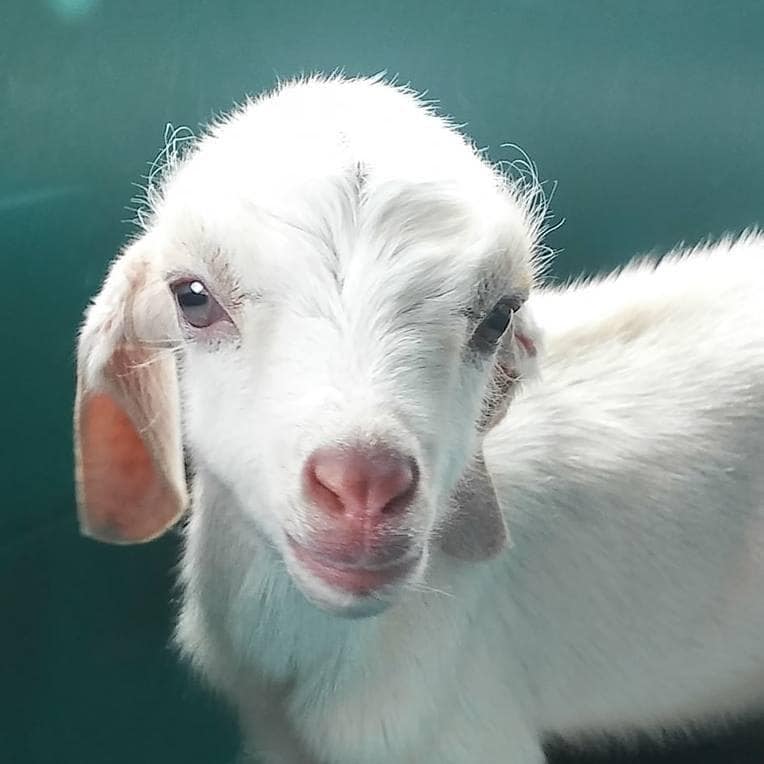 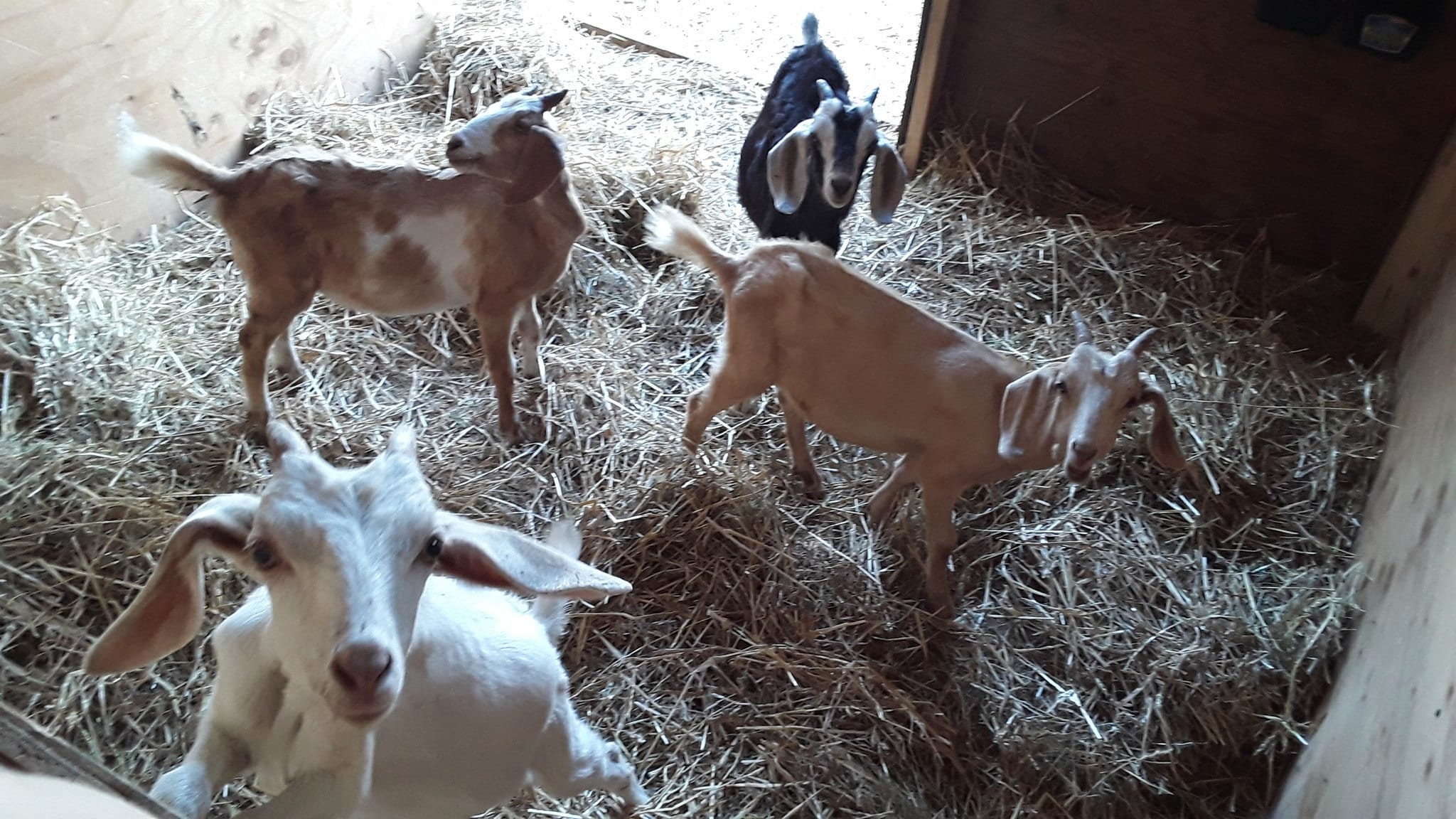 Holding goat kids...bottle feeding...hearing them call out once again...has brought so much joy back into our lives. 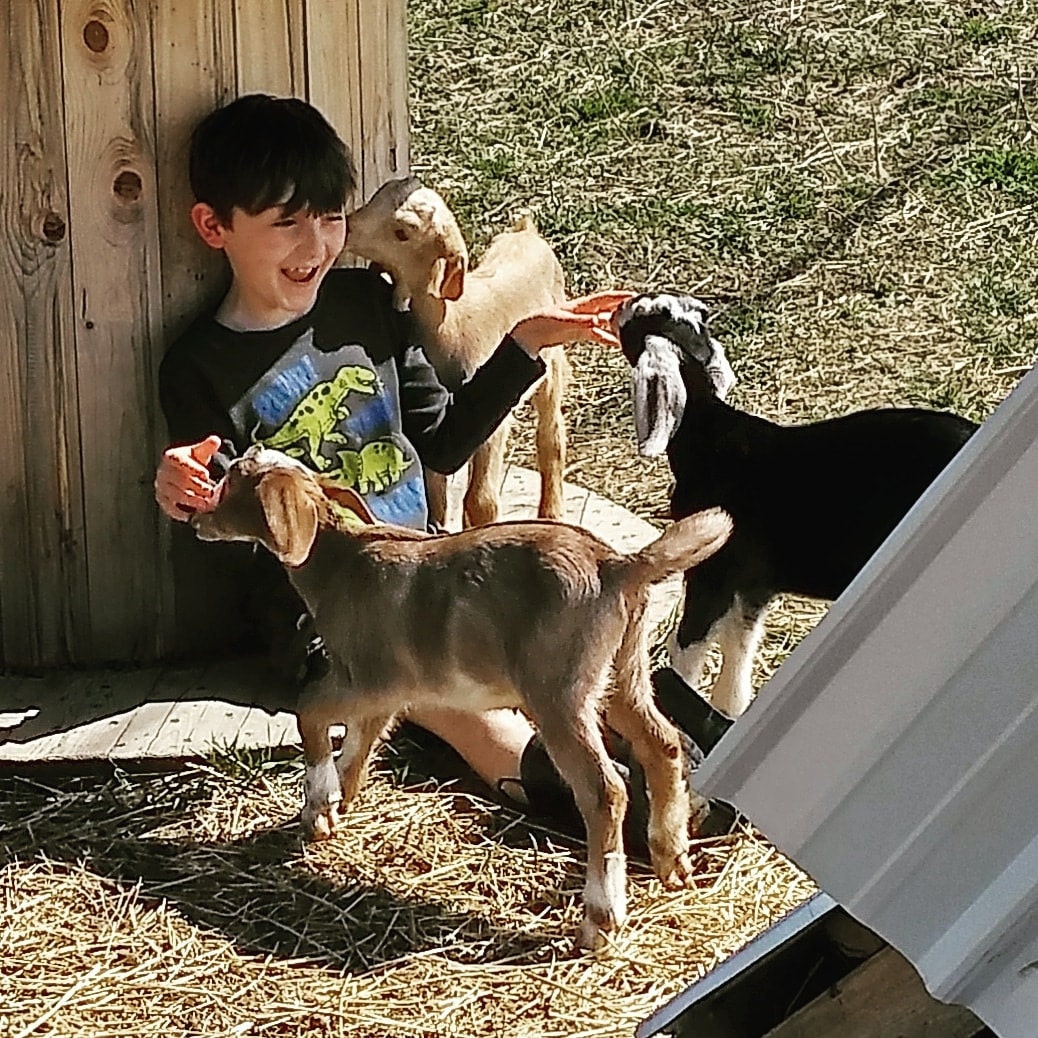